This past weekend, a pair of shoes that many sneaker fans have long been waiting for finally saw their official release when Travis Scott’s Air Jordan 4 “Cactus Jack” hit retailers. This is not Travis’ first collaboration with Nike, but it is the first pair of the many Jordans he has been spotted wearing that have been made available to the public. 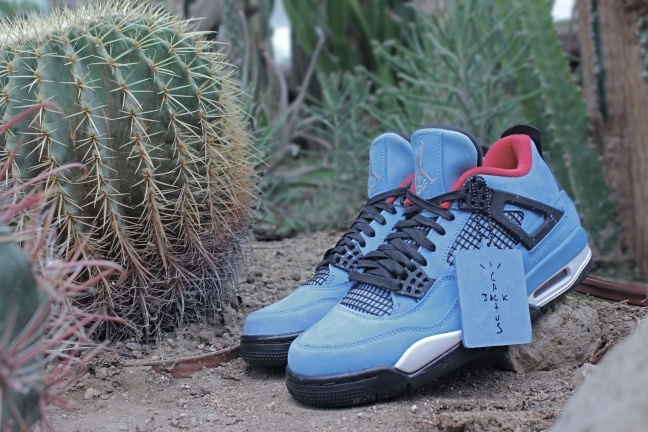 The shoe’s inspiration is drawn from Travis’ Texas roots and his childhood love for the Houston Oilers football team. The shoe is decked-out in a super soft, University Blue, nubuck upper, accented by a white midsole, black outsole, and red sock liner. One of my favourite effects, paint speckling, can also be found on the heel tabs, as well as the wings on the sides of the shoes. Overall, the design of the shoe is relatively simple; the single colour on the upper and plain accent colours make these extremely easy to pull-off, but for me, it’s the details that really set these apart. One of my main beefs with the OVO x Jumpman collaborations was the lack of simple details that make a sneaker take the leap from “meh” to “wow; and the Cactus Jacks really nailed it. 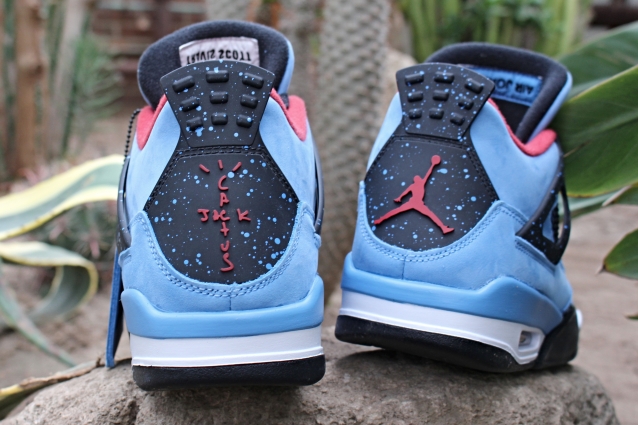 Let’s start with the most obvious and my personal favourite; the back tabs. Travis, somehow, convinced Nike to allow him to put his Cactus Jack logo in place of the Jumpman on the heel tab of the left side of the shoe. This, to me, was an incredible feature of the sneaker, because Nike holds their logos and branding in such high regard, and generally they don’t allow anyone to mess with their formula, but Travis was able to go in a direction that most collaborators are not allowed to go, and the result is awesome. 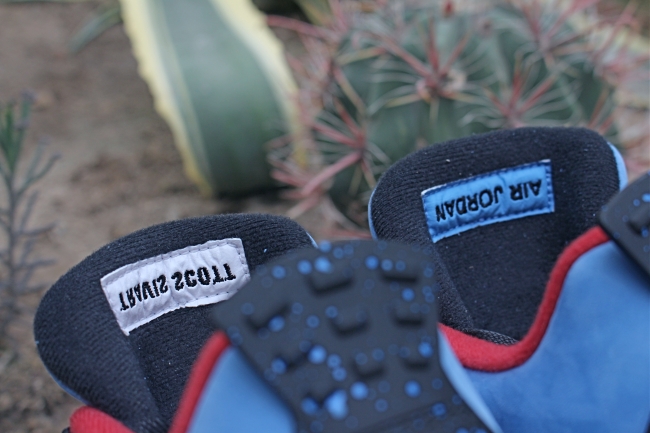 The next, and I think most underrated part of the shoe is the detailing on the inside of the tongue. On most Jordan 4’s you will find an “AIR JORDAN” tag stitched to the inside of the tongue –  upside down because in the 80’s the cats were wearing their tongues folded down, and this allowed you to read the patch as if it were right-side up. On this pair, mirroring the heel tab, you will find “TRAVIS SCOTT” on the left tongue, and “AIR JORDAN” on the right. Keeping the shoe OG, and keeping the tag upside down is a crucial detail that I love. 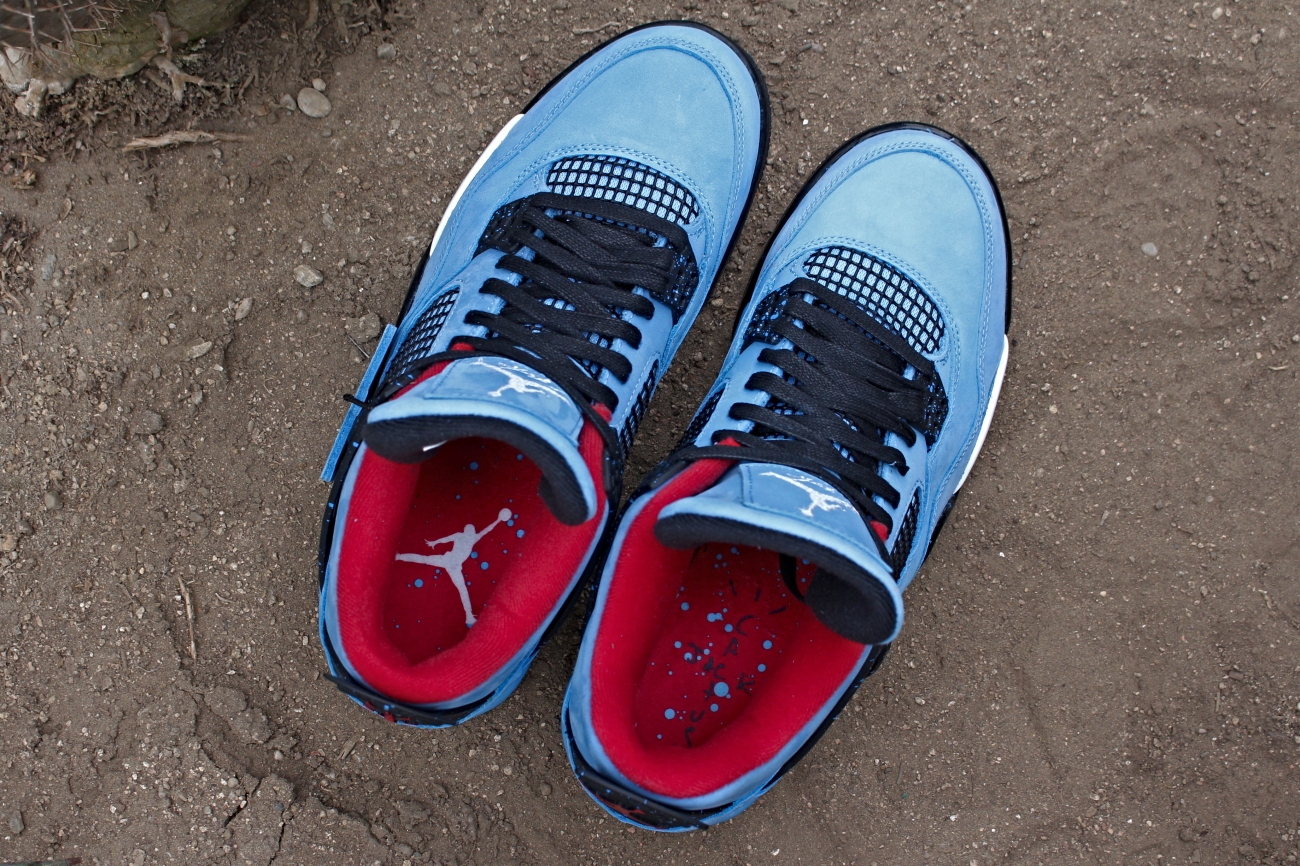 Other details on the shoe are a milky white clear outsole (which we almost never see, and is not used enough), an oversized, leather, hangtag with another appearance from the Cactus Jack logo, and some insole art to round it all out. Now this may be nitpicking, but I found it strange that the insole featuring the Cactus Jack logo is located inside the right foot of the sneaker, while a traditional Jumpamn insole can be found in the left pair. The reason I find this odd is because while the mismatch theme is very prominent on this shoe, the insoles are reversed, and the Cactus Jack insole is inside the sneaker with the Jumpman on the heel and AIR JORDAN on the tongue. To me, it would make more sense to have that insole inside the shoe that features all of Travis’ branding. I’m curious to know if this was intentional, or if this was an oversight during the design process. 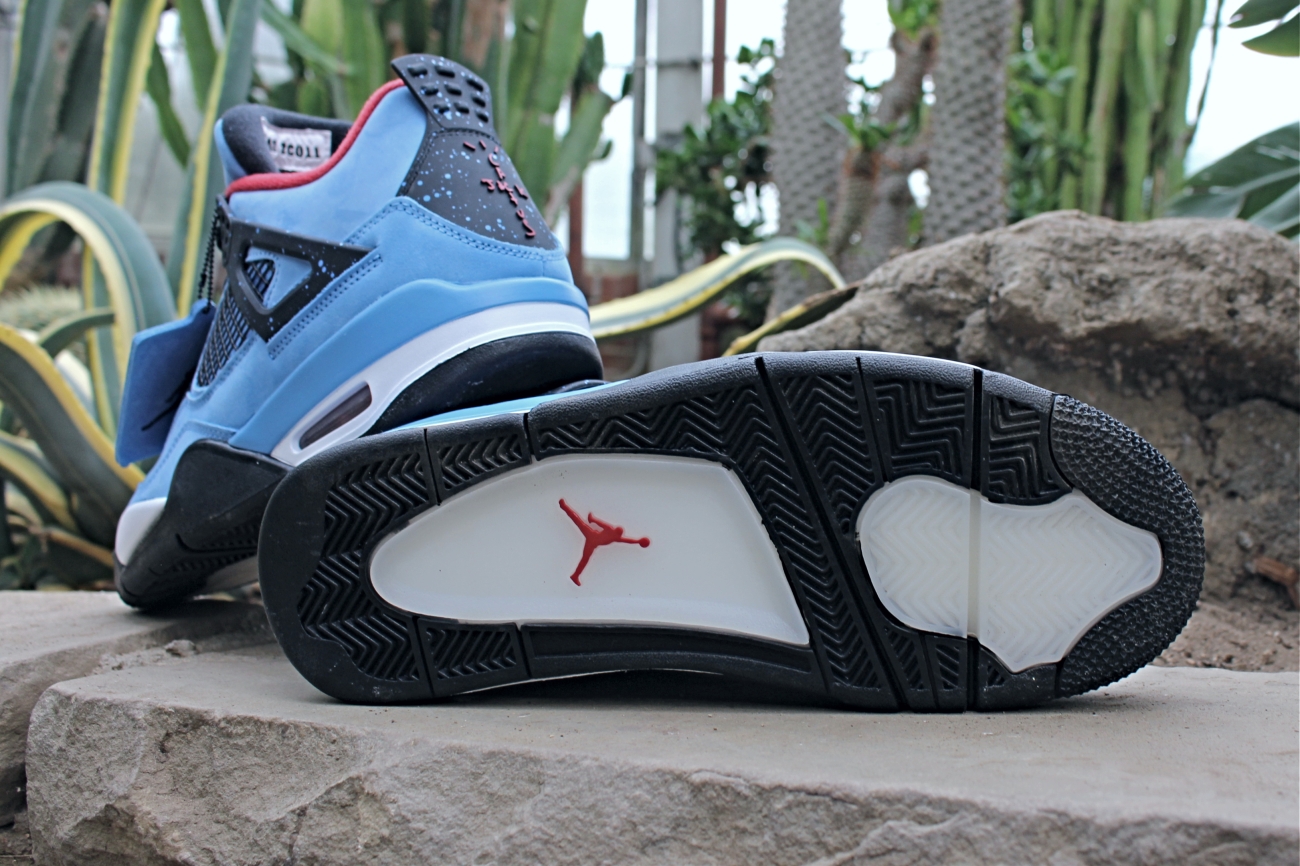 The final point I wanted to raise with this pair was the overall quality and execution of this collaboration. While I was extremely impressed with the details, I was slightly disappointed with the quality of materials and craftsmanship. After looking over a few pairs, it seems like there was quality control issues such as glue stains, sole separation, and inconsistencies in the stitching throughout most of the sneakers. Now, I am normally not a stickler for quality, and I may once again be nitpicking, but I have such a high standard for Jumpman collaborations that I expect a very high level of execution – like we saw on the KAWS AJ’4s or OffWhite stuff. I’m not saying that the quality was poor, all I’m saying is that I expected more from such a crazy release, because I know what Nike is capable of. 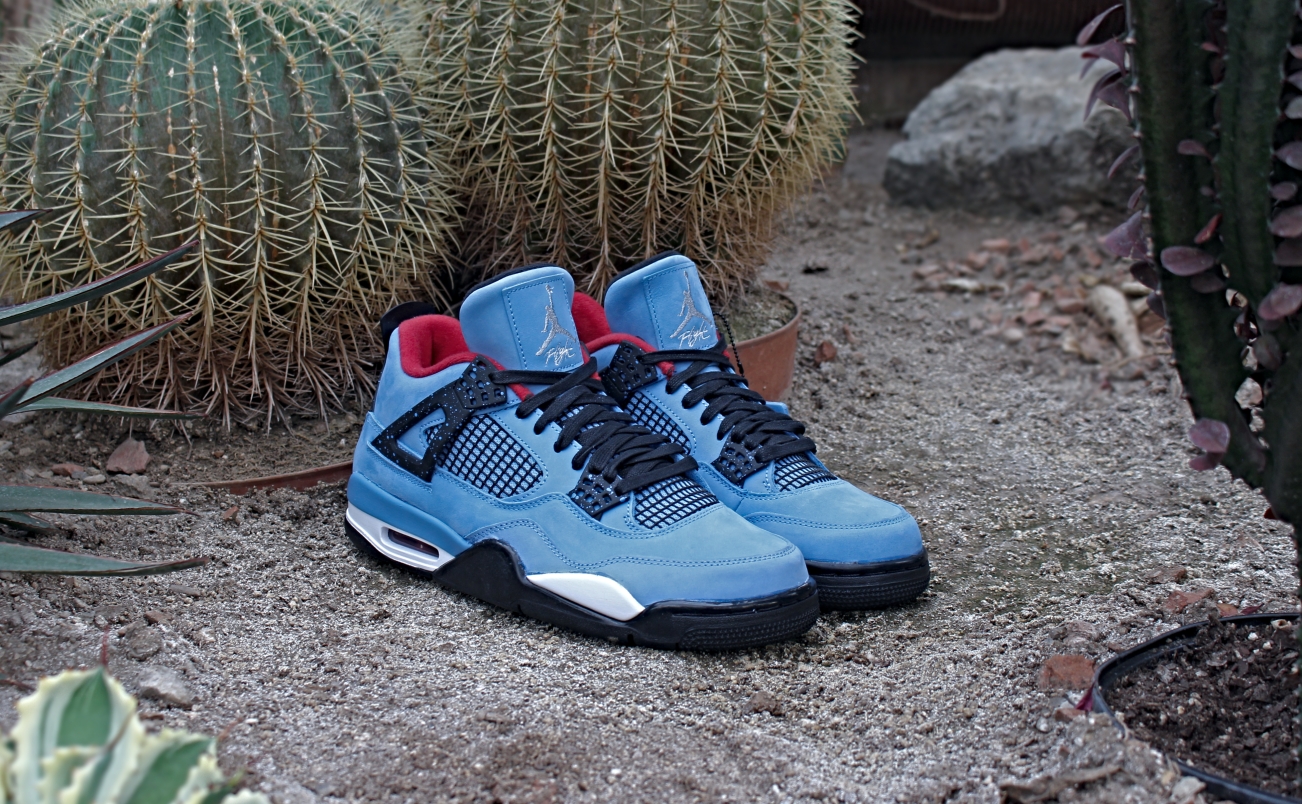 Overall, I’m stocked to own this pair, and I’m really hoping that Jordan Brand makes the decision to drop some of those other samples that Travis has been spotted wearing as of late. If you’d like even more details or info surrounding this release, take a listen to episode 15 of True to Size this week, where we’ll break it down even more.