Exclucity Brampton is now open, and to celebrate they held a semi-silent restock this morning that featured a massive array of releases from 2016 and early 2017.

On Thursday night, Brampton and Mississauga residents who had made a past purchase on shop.exclucitylife.com received this email in their inbox: 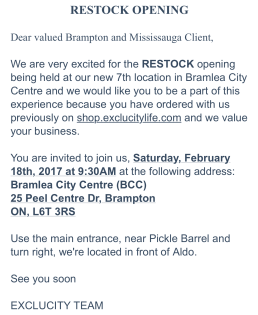 This morning myself and a few friends thought we were in for a come-up when we arrived promptly at 5:30 a.m. (four hours before opening). Much to our surprise and chagrin, there was a line of probably 50 people already formed ahead of us. 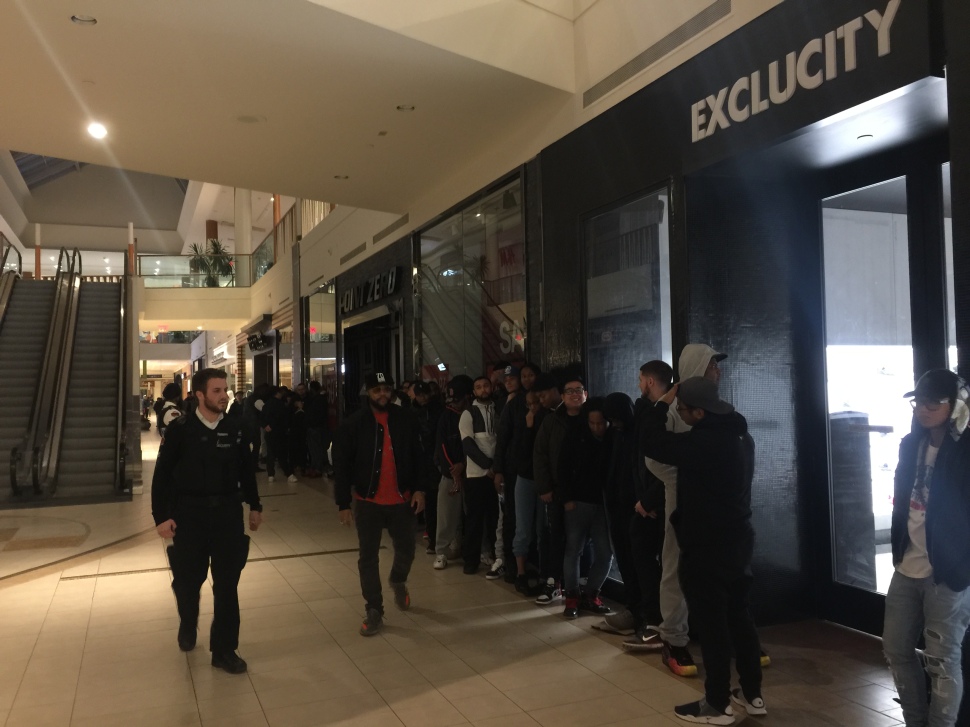 Mall security was ill-prepared for an event of this magnitude, and after speaking with both the security guards and Exclucity staff, they both seemed to think that this would be the first and last “First Come First Served” type release at the store.

The restock was highlighted by big drops such as Oxford Tan and Pirate Black Yeezy 350’s, but also featured an array of Jordans, Nikes and other sold out Adidas models. As you can see from Instagram user @arjunangrish, (who was first in line and waited for a total of 20 hours) the early morning launch was more than worth it.

After all was said and done, I’d guess that a total of 150 people were waiting in line at the time the store finally opened their doors, and with the amount of stock that Exclucity had, I’m sure everyone was able to leave with at least one new pair of kicks.

The store itself is stunningly designed, with backlit footwear displays and woodgrain finishes throughout the entirety of the space (photos of the interior of the store will be posted below). As of 5:00 p.m. today, there was still a handful of releases still available, but sizes are obviously selling quickly, so call ahead if you’re looking for something specific.

Congrats to Exclu on their newest location; it’s definitely worth the trip to Brampton to check them out. 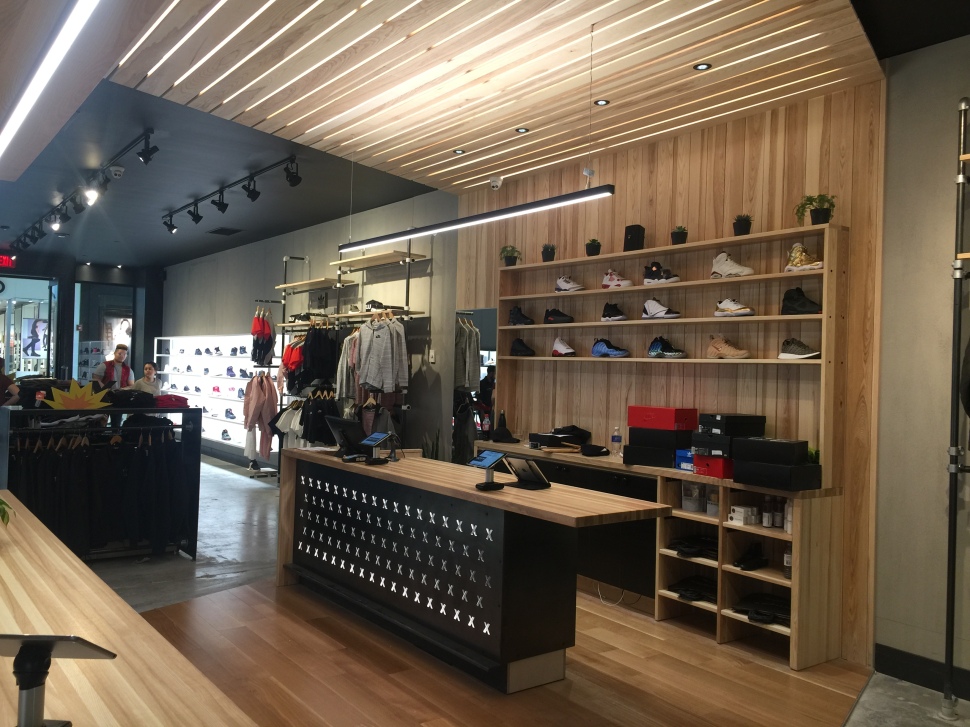